It's that time of year - summer project time! For the previous two summers, I've taken on a CNC related project. In 2017, I spent that summer building a CNC controlled XY-table that I attached to a drill press. It was mostly 3D printed and used a cheap, off-the-shelf (and super sloppy) import XY-table. The whole thing was controlled with an Arduino and WinCNC shield running GRBL. The design is open-sourced and available on Thingiverse.

The following summer I was lucky enough to find a very cheap real CNC router! It was in great shape but originally designed to use a proprietary controller which worked with Windows XP at the latest. I took to building a new CNC controller, also GRBL-based, to let any modern OS talk to the machine. I wrote more about that here.

This summer, I'm planning on making a control panel that will give me both automatic and manual control of the machine. I've picked up some used Matsuura optical encoders and an old Micros point-of-sale (POS) touchscreen that I'm hoping to use for the project. The encoders seem pretty straightforward, but the Micros screen is odd. It's a proprietary design for use with their POS systems and not intended for general use. The touch and video data are both transmitted over a single DVI cable. DVI isn't intended to do this, so how is the touch data being transmitted? I'm not sure yet. My current hypothesis is that the display may be operating in single link mode with the touch data being sent over the unused dual link pins. More sleuthing is needed to figure that out though. I've already put together a DVI breakout board, so I can start probing the signals coming across the cable. Wish me the best! 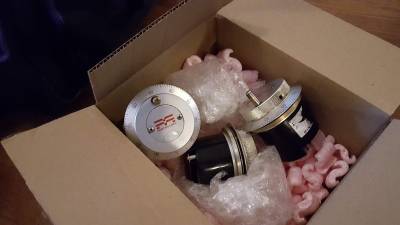